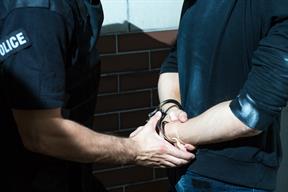 At Goldberger & Dubin, P.C., capable New York criminal defense attorneys can represent your rights and uphold your interests in court. If you are facing charges of robbery, don’t take chances with your future. Our firm will evaluate your case on an individual basis and tailor-fit a defense to your needs and circumstances. With over 75 years of combined experience, our attorneys can provide capable representation. We are passionate about upholding our clients’ constitutional rights in court and about protecting our clients’ futures. As a results-driven firm, we think outside the box in criminal defense.

Our approach has contributed to a successful firm history. Begin a free case evaluation by calling us today at (646) 681-5997!

Penalties for Robbery in New York

A simple definition of robbery is the use of force in order to obtain another’s property illegally. A robbery is considered more or less severe depending on the level and means of force involved.

Is Armed Robbery a Felony?

A common aggravating factor in a robbery case is whether or not a weapon was used. Armed robbery occurs when a person intentionally takes something from another person, using force or the threat of force, while carrying a weapon. Armed robbery is charged as a felony in New York.

What Is 2nd Degree Robbery?

A robbery can be charged as second-degree robbery when:

How long does a robbery trial last?

Many individuals are under the impression that a criminal trial lasts a long time due to the publicity of high profile cases. Many robbery trials, however, do not take as long. Most trial processes, from arrest to the sentencing, takes a months to a couple of years. If you would like more information on any aspect of the robbery charge, work with our firm at once.

How is aggravated robbery charged in New York?

Aggravated robbery is a very serious form of robbery. This can be charged when the alleged perpetrator takes another’s property with the use of force or threatened force.

If you have been charged with aggravated battery, it is ever more important that you retain the legal services of our firm.

Put 75+ Years of Collective Experience to Work for You!

If you face charges of robbery, don’t hesitate to call an experienced New York robbery attorney from Goldberger & Dubin, P.C. for a free case evaluation at (646) 681-5997!